In June 2014, a crop circle, featuring a star design, appeared in a field off Harewell Lane, in Besford. 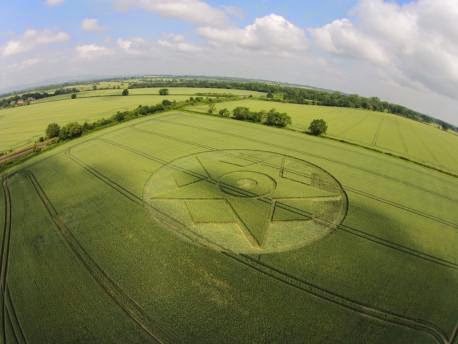 Edward Robinson, the farmer who owns the land and is also owner of haulage firm Robinsons of Worcester, said in the local newspaper he was less than impressed that aliens have chosen to contact him twice, after a similar circle appeared around the Summer Solstice in 2013.


“We had something like this happen last year, where a crop circle popped up in our field,” he said.  “Last year I tolerated it because it was something different. This year it’s vandalism.”

Mr. Robinson says the damage to his milling wheat crop has cost him £1,000.

Email ThisBlogThis!Share to TwitterShare to FacebookShare to Pinterest
Labels: Places

What would you like to see more of on besford.org?